Anything You Can Do Comedy Tour (Venables Theatre)

Ready for an evening of laughs?  The Anything You Can Do Comedy Tour features some of Western Canada’s funniest comedians who are masters of their craft. Celebrate International Women’s Day with a night of comedy with three hilarious ladies. Gather your friends—this show is perfect for a girls’ night out!

Headliner Erica Sigurdson is a Canadian comedian, writer, producer, and haberdasher. Sigurdson has Icelandic ancestry. She is a two-time Canadian Comedy Award nominee, a Leo Award-winning comedy writer and is regularly featured on CBC Radio’s smash hit The Debaters. She has been performing stand-up across Canada for ten years, has travelled to Afghanistan to entertain the troops and was a semi-finalist in the Seattle International Comedy Competition.

Yumi Nagashima is a Tokyo born, Vancouver based comedian, actress and writer. She made her stand-up debut in 2016 and realized that stand-up is what she was born to do. Her comedy has taken her around the globe, thanks to invitations from Montreal’s Just for Laughs showcase, the Jakarta International Comedy Festival, and Comedy Central Asia in Singapore.

Rounding out the evening is host Katie-Ellen Humphries. Katie-Ellen is a standup comedian, writer and sketch performer who currently splits her time between Vancouver and New York. Whether sharing comedic confessions or disappearing into uproarious and dramatic characters, Katie-Ellen’s remarkable point-of-view resonates on the stage, page and screen. Her sensibility (that falls somewhere between the library and the locker-room) and sharp wit make her a favourite of audiences of all kinds. 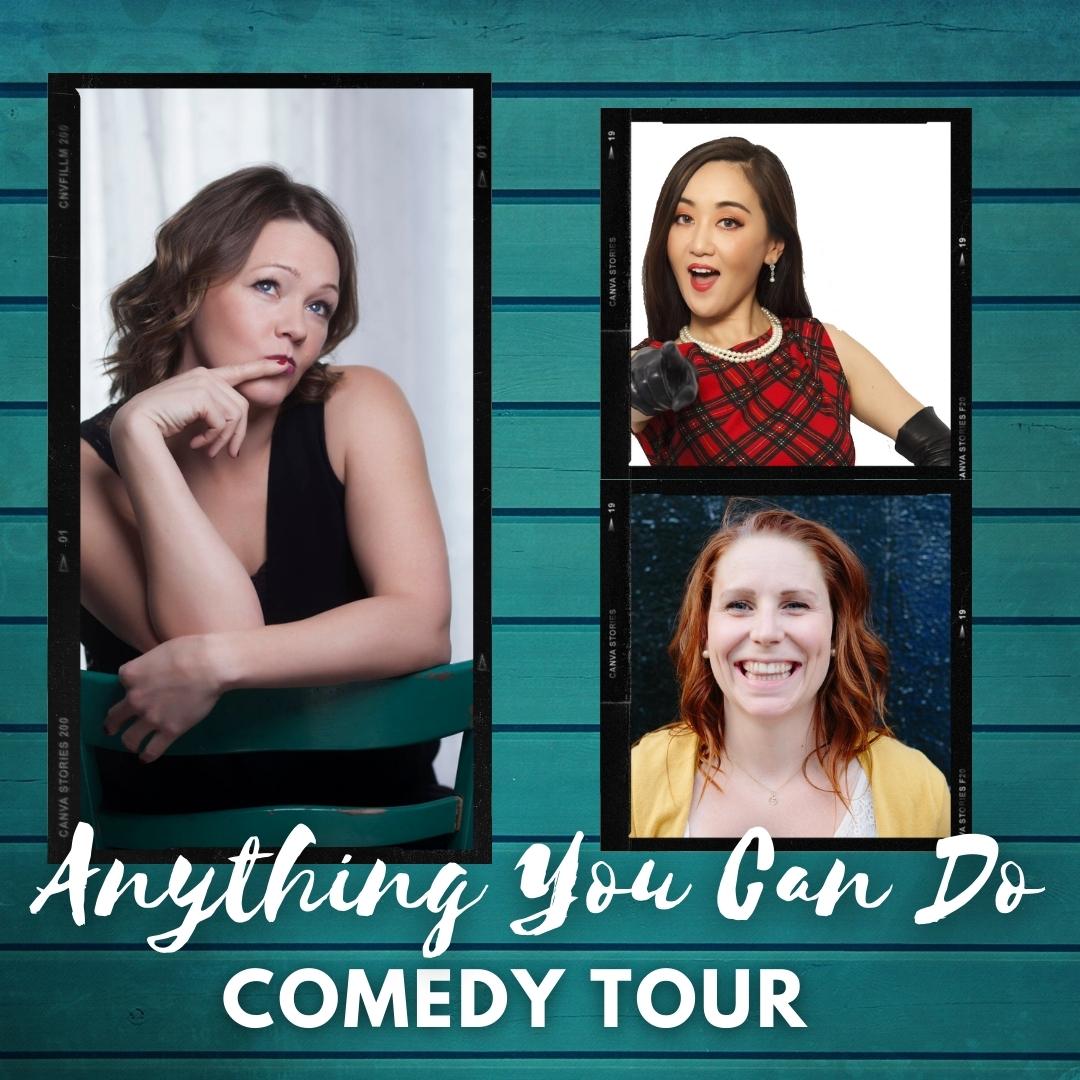